The Hulunbuir Region in Inner Mongolia is an area that largely relies on coal-based generation. The Guohua Baorixile (aka Baodian) and E’wenke power plants are connected to the Yi-Min HVDC converter station through a 500 kV substation (substation 6). Yi-Min phase III is connected directly to the converter station.

Due to the combination of HVDC and the Yi-Min AC line with series compensation, the problem of sub-synchronous resonance and sub-synchronous oscillation became very complicated in this project.

The STATCOM business of RXPE, now RXHK, received an order to design and install a STATCOM based sub-synchronous suppression device and this was put into operation in March 2014. The device comprises of two ±10Mvar STATCOMs which are directly connected to the 10kV unit board of each generator, and modulates the terminal voltage of each generator to damp the damaging sub-synchronous oscillations.

When # 1 and # 2 generators of the Guohua Baodian power station were in operation, the torsional stress relay (TSR) frequently gave alarms (abnormal rotational speed). The number of alarms could be between 150 and 350 times every day during the normal operation period. During monopolar operation of Yimin-Mujia HVDC link, the maximum number of alarms per day could be up to 900 times. In addition, the generator shaft showed signs of cumulative fatigue damage. To keep the generators safe, it was necessary to install a sub-synchronous oscillation suppression device. 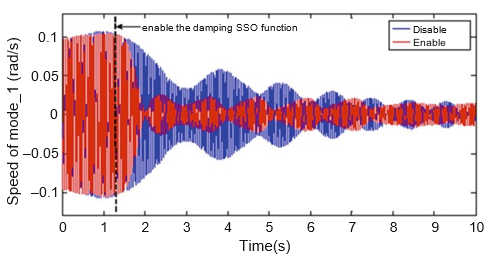 Speed component of torsional frequency of shaft during a small disturbance

In such a network configuration the use of HVDC transmission technology may cause sub-synchronous oscillation (SSO) phenomenon in case of a weak coupling between the converter station and the AC system. Series compensation of AC transmission lines can also cause sub-synchronous resonance (SSR) phenomenon. SSR and SSO may cause serious damage to generator shafts if suppression measures are not taken. 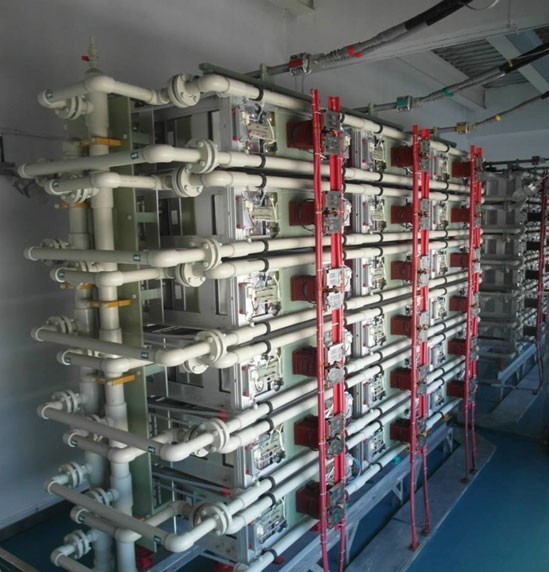 After activating the SSO damping function, the damping rate of the shaft system was increased very signiﬁcantly. The amplitude of sub-synchronous oscillation is limited to less than 0.028 rad/s under the condition of small disturbance and is reduced to less than 10% of the peak value within 2s of a large disturbance. The STATCOMs successfully solve the problem of severe sub-synchronous oscillation.

The project used a building solution with air-conditioned rooms for the HV VSC-valves, control and protection and close-loop deionized water-water cooling plant.  The air-cored reactors are external in a fenced area.

Contact us for more detail about our Maxivar™ STATCOM solutions